The End of the World As I Knew It 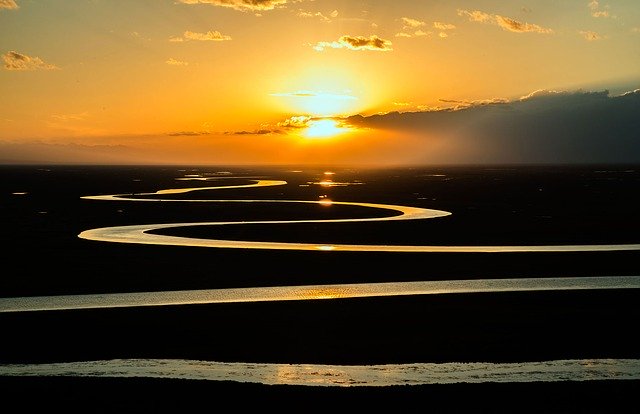 People who know Mickey and me today, know us as ministers. We’ve pastored a church, written books, have been speakers and missionaries. We also have a terrific family with 4 married children, 14 grandchildren, and one great grandchild.

We love life and love each other.

Many people know that the source of all of these blessings is our Lord and Savior Jesus Christ. What many don’t know is that each of us had very dramatic encounters with Jesus which turned our lives around.

It Was the End of the World As I Knew It…

I was lying face down on the floor of my suburban Atlanta home. Shattered. Exhausted. Afraid.

I had a good job and three adorable daughters. But I was overworked, trying to take care of everyone and everything. I was tired, emotionally drained, and constantly worrying about the well being of my daughters.

The world I had known had ended. The world that had started out seeming so good…

That world had started in college, when I wanted to think of myself as an intellectual. So when I read books written by a leading “scholar” from Yale Theological Seminary, I believed them. After all, he was from Yale. He must know what he’s talking about, right?

And when this “scholar” attempted to remove all of the miracles from the Bible, not much was left. I began to doubt my faith.

It seemed the fad in those days was to denounce or “modify” Christianity. I was attending a Liberal Arts College with a supposed Christian orientation, and one of our courses was on the Bible. So we analyzed and looked for “myths.” And one of the professors with lots of charisma pointed out many concepts which he considered to be myths.

Once again, I thought the professor was smart, and I believed him.

The outcome was that I continued to consider myself a Christian, but with modified beliefs. I no longer understood what the life of Jesus had accomplished. I began to think of Him as a good man. Like many other Good Men who headed up other world religions.

Soon after college, I married a like-minded man, and we began our lives together. I loved decorating our home and entertaining friends. Over the next thirteen years, I gave birth to 3 beautiful daughters, and  loved being their mother.

It started out as fun. Lots of ballgames. Plays. Concerts. Travel. Parties.

The Bible had been moved back from the frontlines. Society began to dictate my thoughts and my lifestyle. I wanted to be up to date on the latest styles and topics. To know what was going on in the world. To read the latest books.

After all, my active social life required that I would be up to date on these things.

Oh, did I mention that this social lifestyle also included lots of social – and maybe not so social – drinking? Well it did.

And arguments. And more and more confusion.

In fact, things got so that they weren’t much fun anymore…

Then came the crash…and a crash it was!! A bitter divorce.

Depressed, lonely, angry, and afraid, for the next two years, I attempted to put together a single life that made sense to me. But all I could find was overwhelm. My job provided most of our needs, but I was exhausted.

So the night came when I had had enough. As my adorable  girls slept, I fell face down on the floor of my den and I prayed.

It wasn’t a traditional prayer.

I had a tremendous need for help.

Who cares what some professor thinks now?

Jesus, if you are real, I need you. And I want you in my life.

What happened next was astonishing. It was almost instantaneous. The tears left. The fear, the sadness, the overwhelm disappeared. What was left was overwhelming joy.

It was shocking. Could this be real? What’s happening?

In an instant I had changed. I knew that Jesus was alive, and I knew that He had impacted me. I felt a warmth like liquid love being poured out on me.

I had no idea of the adventurous life He was about to lead me into. I just knew that everything was going to be O.K.

The next few days are memorable because I could tell that I wasn’t the same. My attitude – toward people – toward my own life – was different.

And I had a hunger to read the Bible. I threw off the concepts which I had borrowed from others, and began to allow the Bible to speak to me personally. And it was speaking volumes.

I ran across the verse which says,

If any man be in Christ he is a new creation. Old things are passed away and behold all things have become new. And all of these new things are of God. (II Corinthians 5:17).

That obviously had happened to me. I could tell that I wasn’t the same. Amazing!

I remember that encounter with Jesus as if it happened yesterday, but really it happened to me many years ago.

The end of my world was the beginning of a new one. A world with more clarity. More understanding. More courage. More love and faith. And true happiness – which can only come from our Father God.

A few years later, I met my current husband who also had had a dramatic encounter. His story is different, but he too met Jesus personally while alone in his home. And he too had a dramatic change in his life. Soon after our marriage, we had a son to go with our three daughters.

We have spent the last few decades on an adventure with God. Never  boring. Many times challenging. But always filled with a knowledge of God’s love and care for us.

We’ve seen many miracles along the way.

Now your own personal encounter can happen for you also. You don’t have to be in a church. It can happen in your home – or anywhere.

With every other religion the purpose is to follow a certain set of rules – or a certain philosophy. They all sound good. They all promote compassion toward others and doing good deeds

What I had never understood before my salvation was that with Jesus, it’s not about believing a philosophy or following a set of rules. It is about literally receiving His Spirit, the Holy Spirit, to come and live inside of us. Making us new. Fresh. And Alive. Truly being Born Again.

You see, the other dead philosophers are not living in our realm. Jesus is. He was resurrected and is alive. He is in heaven, but His spirit is here living inside of us when we receive Him. Right here. Right now.

My prayer is for you, as you read this, to have your faith strengthened, If you are a believer.

If you are not a believer, let me encourage you to seek Jesus. Ask Him to show you the truth. Is He real? Yes, He is. And He is eager to turn your life around also.

Your story won’t be like mine. Every one is different.

But Jesus will begin a new life which you never knew existed. A life of love, peace, and great joy.

And as you continue, you will grow in your understanding of who He is and who you are in His Kingdom.

You’ll read the Bible with fresh eyes. Verses will leap off the page and you will know that your Heavenly Father is speaking to you personally.

My prayer is that you, too, seek Jesus.

Do it! The love of God is waiting for you.