Read The Bible Through, Day 8 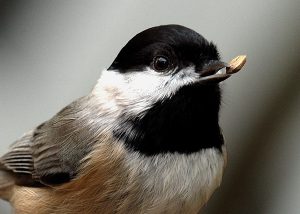 Chapter 19 opens with God’s judgment of Sodom and Gomorrah. Remember in the last chapter God had promised Abraham that if He could find 10 men who were righteous he wouldn’t destroy the cities. But He couldn’t find 10 righteous.

Two angels, which obviously looked like humans, came to visit Lot. All the men of the city gathered around the house and demanded that Lot send these two men out so that they could rape them. They didn’t know who they were dealing with.

Lot and his family were asked to leave, and the cities were destroyed.

When you read these early stories of the Bible, Satan was not mentioned. It might appear that everything was done on a human level. However that’s not the case.

From the beginning there was a war going on in the earth to capture the hearts of men. Satan was always trying to destroy God’s creation. God was working His plan to preserve it. From time to time, Satan would gain such a stronghold that the entire earth was in danger, so God would intervene to protect His creation from destruction.

God is Almighty, Creator of all things, and a God of Love. He could have left man, including you and me, to have eternal death because of man’s sin. But His love continued to work His plan so that Jesus could eventually come into the earth and deliver us from ourselves.

Abraham, Abraham, you did it again! This is the second time Old Abe let his wife go into a harem to save his own skin. Not very chivalrous. We don’t hear much about Sarah’s faith in these chapters, but I’m sure she was praying. (I Peter 3:5 says that she was submissive to Abraham, but her hope was in God. So she must have been praying). Anyway, God once again supernaturally worked her release from the king.

Then Isaac was finally born. After all those years, when it was totally impossible for Sarah and Abraham to have a child, it happened.

Doesn’t that stimulate your faith? Are there things which God promised you years ago?Things which haven’t happened yet and seem impossible? Don’t stop believing!!

Jesus shows us that healing is truly part of His plan of salvation.

When the leper comes and says, “Lord, if you are willing, make me clean.” Jesus quickly responds, “I am willing.” and the leper is made clean. And he continues to heal the centurion’s servant and Peter’s mother.

Then many are brought to Him and he heals them all.

As we are going through the four gospel books (Matthew, Mark, Luke, and John), I want you to notice something with me. I know of no time when Jesus refused to heal people. Everyone who came to Him for healing received it. In verse 16 we just read that when people brought all of their sick, He healed them all.

You might say, well why then today are not all healed?

Our society is so intellect-conscious, we want to reason everything out. We want to look around and develop our doctrine from what we see. If we see a wonderful Christian who meets an early death from disease, then we want to believe that was God’s plan.

I personally want to develop a faith which is beyond reason and “looking around.” I want to look at God’s Word and let that be my light. If my life is not measuring up to what I see in the Word, then I want to be corrected – not try to correct the Word.

So I salute the believer in all of us!