Read The Bible Through, Day 9 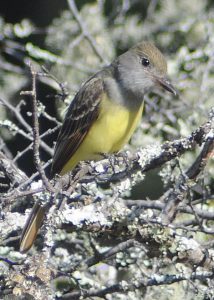 Today we encounter one of the toughest stories to understand. I have heard all sorts of ideas about what God was doing when he asked Abraham to sacrifice Isaac. A lot of them don’t line up with God’s character. God doesn’t “pull tricks” on us. So what was the big idea?

I believe that I have some understanding about this, so I’ll share it and you can see what you think.

In the first place, you know that God was not planning for there to be a human sacrifice to Him. (His own Son, Jesus, would be the only one of those). So what was going on?

God was working on His plan, which would take many years to accomplish – even centuries. It was the biggest plan the world had ever known – to bring His own Son into the world. But first He had to find a human family who would cooperate with the plan. A family who would listen to Him and stay faithful. A family to whom God would show His nature. A family who could righteously handle the Law which he would bring – the “tutor” to lead us to Christ. (Galatians 3:24).

He was looking for a man who was totally sold out to Him; one who would honor and teach his children about God.  Abraham was that man, and over the years God had developed a relationship with him. There had been increasing commitment as time went on.

Do you remember a few days ago we talked about the “law of measure?” We determine the level of our experience with God. The more of ourselves we give to Him, the more of Himself he gives back to us? That’s covenant.

Well, I believe that for God to send His Son to die for us, He had to find someone who was willing to do the same.

Now look at what Abraham said. He told his son  they were going up to worship. Isaac said, “Where is the lamb?” Abraham said, “My son, God will provide the lamb.” He obviously knew that he was not going to sacrifice his son.

I think that in Genesis 15: 12 -17 when Abraham fell into a deep sleep and God showed him what was to happen to his descendants, God also showed Him the resurrection of Jesus. When God called Abraham to sacrifice Isaac, he thought he had seen his own son’s resurrection. And he thought that even if Isaac died, God would resurrect him.

Why do I say that? In Hebrews 11: 17-19, it talks about this episode. (Remember, the New Testament is the Old Testament revealed). It mentions that Abraham knew that God had promised through Isaac all of the nations would be blessed. And it goes on to say that Abraham believed God would raise his son from the dead, if necessary – “from which he also received him in a figure ( or type, or similitude).”

I believe that Abraham saw a vision of someone being raised from the dead. (That was the “figure”). He had come to trust God so completely that he knew that Isaac would be just fine while he was obeying God.

Whew!! Heavy stuff, but so significant.

So many today are running around, calling themselves Christians, but without any understanding of their God. He wants more – and He is looking for those who want more of Him. We get to decide how big our covenant will be.

Well, here is Jesus taking us into deeper water also.

In the first few verses, Jesus says some interesting things. When someone says that they “will follow Him wherever He goes,” He pokes them a little. Jesus knows that it’s really easy to “say” what you are going to do. “Doing it,” on the other hand can be hard. But that’s what’s important.

My husband and I have pastored for 20 years, and over the years, there have been quite a few people who have made mighty statements about what they were going to do for God. Sometimes, that statement was the last of it. They said it, but never did anything much.

Then there have been others who have made commitments and kept them. That’s who God is looking for. Those who will do what they say.

Next Jesus admonishes his disciples for being afraid of the storm. When they were in the boat and a strong gale came up, they awoke Jesus to calm the storm.

What did He say? Did He say, “Oh you poor people. I’m sure that was frightful?” No. He said, “Why are you fearful, you of little faith?”

Are you going through a storm in some area of your life? I have had seasons when I felt like my entire life was a rocky boat in the middle of a big storm. You may have, too.

When these times come, think about these verses. Let our hearts be in tune with Him, and let us speak what He speaks, knowing that the storm will subside as we speak what He says.  And as we do what he says.

Fear is never from God. Faith is. Throughout the Gospels, you will see Jesus over and over “marvel” at the fear or unbelief of His disciples. Those things were foreign to Jesus. He was full of faith – always – regardless of the circumstances.

What would Jesus do? That’s what He would do. He would have faith.

Blessings.  Hope your day is great. We have a lot to chew on, don’t we?