Read The Bible Through, Days 3 and 4 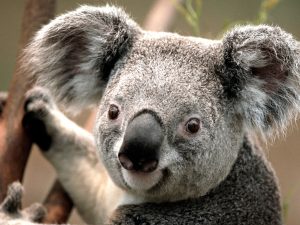 When we start reading the Old Testament, there are lots of questions. “Why are so many people killed?” “Does God just not like some people?”and on and on.

When we read the New Testament, we see more of what God’s plan was all about. He was going to bring redemption to the earth. But since He never would (and never will) treat people like puppets, He had to find some people who would cooperate.

Without God in their lives, men were destined for great evil and destruction of each other. So He had to search for some who would allow themselves to be influenced by Him. Only then could He work His plan of bringing His Son into the earth.

It took many years – even centuries – before His great plan could be accomplished. But step by step, He faithfully continued, working with those who would allow Him.

With these ideas in mind, let’s look at these early chapters of Genesis.

Even at that early time in history, God was trying to show that a blood sacrifice was essential for His perfect offering. He was pointing to Jesus, who would be His blood sacrifice. we will see this idea continue throughout the Old Testament.

Then eventually we get to Noah. As we see, man without God, was running wild, so God needed to start over. Men had fallen into so much sin, and their hearts were so hard, He could not deal with them anymore.

So that’s why He found one man who would listen: Noah. Noah proved himself by being obedient to perform the strange task of building an ark, and when the time came to take His family and representatives of the animal kingdom into the ark for safety. Then God destroyed all the rest of creation with a flood which covered the earth.

It was preservation for our deliverance.

Jesus is baptized by John the Baptist. The prophet knows that God is sending redemption, so he is “preparing the way.” He is preaching to people, trying to get them to repent and turn back to God.

He speaks of One who will come, whose ministry would be the greatest of all time. Recognizing Jesus as the Savior, John baptizes Him and hears the voice say “This is My beloved Son in whom I am well pleased.”

Then Jesus is led into the wilderness to be tempted by the devil, so that He could prove Himself to the spirit world.

If you will notice, we see once again the importance of words. As Satan tempts Jesus in the wilderness, again and again He fights the battle with words. And not just any word, He uses the Word of God. “It is written. It is written.” He uses scripture over and over to defeat the devil’s schemes.

We will see this principle at work many times. Hopefully we will learn to use this weapon of God with greater force, as we see how it is done.

That’s about all I have for today. If you want to add, please do!