Read The Bible Through, Feb 15 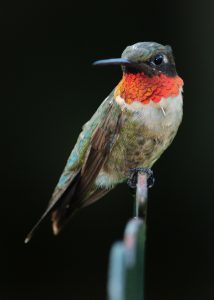 The life is in the blood. That’s the concept to which we are introduced in chapter 17. I don’t think anyone ever reaches the full understanding of just how significant this is. I say that because we can approach an understanding, but then we sense that there is more to it.

Our entire covenant with Jesus rests on the life that was in His blood. That life was pure, sinless, and Holy – coming from the Holy Spirit of God. His blood was pure because He was truly God’s Son.

That pure, Holy blood was poured out at the cross for us. The perfect Lamb.

When the laws were written, the people had no understanding about what would eventually come. They were just taking whatever God said at face value. Many times, they may have wondered why this or that was so necessary.

When you think about it, we get more enlightenment from these laws than these early recipients. We get to see them through the prism of our new covenant.

I am so thankful for the tender care our Father took as He laid down the stones of truth  one at a time, diligently building the clear picture we have today. What a mighty God we have!

The land of Canaan was filled with every kind of sexual immorality. Do you remember when God told Abraham that it would be awhile before he could take Canaan because “the iniquity of the Amorites is not yet complete?”(Gen 15:16) Our just God was not going to take the land away from these people until they had fully deserved that judgment.

Well, when we see these verses in chapter 18, it’s clear that the “iniquity is complete.”

God wants His people to avoid all of the sexual sins of Canaan. As He names the sins to avoid, it’s clear that any imaginable crude act is being committed by these people. Incest, sex with animals, you name it.

Anytime that the devil is running wild, there is always sexual perversion. As God’s people were entering their new land, it was important for them not to get any ideas by what they saw. Those sins would destroy His people.

For those who truly want to walk closely with their God, that Holiness still applies today.

Have you ever had something you had worked for and believed in suddenly crumble before you? I have.That’s what the disciples were going through during these events, and I can only imagine the devastation felt by them. They had followed Jesus, watching the miracles, witnessing His confidence and authority as He taught, and they had never seen Him defeated. This was shocking.

At the same time, the devil must have thought he was winning. He had finally lied on Jesus within the minds of the people so much that he had them crying out for the Master’s crucifixion. Yet all the time, he was playing into the hands of God.

On this special Passover, the true, final, perfect Lamb was being slain for the redemption for all of mankind. The High priest was performing the ceremony, even though he didn’t know it. Wow! Everything was falling into place.

When the sacrifice was performed, all of creation testified to God’s plan. Darkness filled the earth and there were earthquakes. The earth literally shook with His glory.

Then the veil in the temple was torn from top to bottom. This veil was the one going into the Holy of Holies. It was the veil that only the high priest could enter within once a year. No one else could ever go behind that veil.

But this was a new day. The death of Jesus paved the way for everyone to enter it. And God Himself tore that veil from top down.

So what was behind the veil? The presence of God. Before the sacrifice of Jesus, ordinary men could not go into His presence. They were not clean enough. Now they could. The blood of Jesus had paid the price for all so that all who believe could be partakers. All who receive His sacrifice for themselves could now go into the presence of their Creator.

I don’t ever want to take this for granted or treat it lightly. The door has been opened for us to have a relationship with God Almighty – the One who performs miracles and who knows all mysteries. He is the beginning and the end of all things.

And we can walk right into His presence and spend time with Him. Awesome.

How could we ever worry or fear? Do we have questions? We can ask Him and He’ll answer us. He’ll show us things we never dreamed were possible – if we spend time with Him.