Read The Bible Through, Feb 17 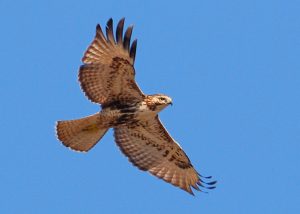 The Lord wants holiness! The priests and the sacrifices are to be perfect, pure, and holy.

Once again, all of these admonitions were to eventually bring them to understand God’s perfect Lamb, without spot or wrinkle.

There is a song which starts out, “There is a line drawn through the ages.” Every time I read about the resurrection of Jesus, that’s what comes to mind. Indeed, that line has been drawn.

On one side of the line, God was teaching and training in an attempt to have men look toward a day when His perfect Lamb would be slain once for all. They couldn’t understand it, but they heard about it anyway.

They learned about a coming King, Messiah, and they thought that one day, this King would come to rule Israel and even the world. They were expecting great pomp and extravagant showmanship.

That’s not what they got. In fact, when the true Messiah came, He was hard to see. Only the spiritual could see Him. He was born to an ordinary family in a tiny town, and raised up in a simple craft – carpentry. His kin folks saw that He could understand the Hebrew writings really well, but other than that, He just seemed like a “nice boy.”

As the Master’s earthly ministry developed, there were tremendous signs and wonders, and great authority in His teaching, but something just didn’t seem quite right. Shouldn’t the King be parading around in priestly robes, with mighty display of position? Shouldn’t He be avoiding interaction with the common people – especially the sinners?

Jesus just couldn’t be the One – or could He? The spiritual ones began to have their eyes opened. The prideful seemed to get blinder and blinder. Until the day – God’s day. God’s time, when He drew the line of the ages and Jesus stepped across.

What a tremendous day that must have been to His believers. Having been shocked and dismayed over the last few days, they suddenly saw the purpose of God unfolding in such brilliance. Jesus had risen from the dead.

They didn’t understand it all, but they knew one thing. He was the Messiah! He was the One they had been looking for.

Now that He had stepped over the line, the world would never be the same. It would take a while before the new dispensation could be revealed.. In fact, it’s still being revealed, but the new era was ready to begin. One more thing had to happen. Jesus had to sprinkle the Mercy Seat in heaven with His blood, and then He could send His Holy Spirit to the earth to live in the hearts of men.

The most significant events of history were unfolding before the eyes of His people. Shock waves were being sent out across the land!