Read The Bible Through, Feb 19 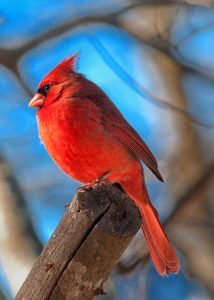 In our driven, fast-moving society, it’s sometimes hard to grasp the concept of true rest. Yet that concept is extremely important to God. We’ve already seen that the sabbath rest is one of the ten commandments. Now here we go again, and He even digs in deeper – with the seventh year and the fiftieth year. So what’s this all about?

In the first place, busy lives can often be a hindrance to our walk with God. On the seventh day, if we would take the time to spend with Him in a larger measure than usual – reading the Word, praying, and listening to Him, we would see our spiritual lives soar. Just think about it. A day to focus on Him and Him alone. Of course, we have our families to take care of, but we could keep the extras to a minimum, and let Him be the center.

Years ago I learned about this first hand. When my three daughters were young I had lots to do. Lots of work at home, as well as on my job. But I started taking Sunday off. Of course, there are always some things you have to do with a family, but I would keep it to a minimum – even letting some things go until later. It was so beneficial to do that. On Monday morning I had more energy and more clarity as I hit the new week. Amazing.

In this chapter, our Father takes it to a new level in resting the land every seven years. Today farmers know that they need to rest the land. Production is better if the land is allowed to restore from all of its draining of nutrients. As the land is resting, the people are too. God is blessing His people with a year of being able to restore themselves – to spend time with Him and reflect on Him. It’s clear that He wants us to work hard, but not to overwork.

Now we get to the “biggie.” Every fiftieth year, there was the Year of Jubilee. Land was restored back to its original owners, slaves were released, debts were forgiven. What an exciting time for everyone who had been in bondage.

This year is representative of what our Savior would do for us. Jesus became our Jubilee. He released us from our debts, set us free from bondage, and restored us to what God had wanted for us all along.

In our lives, if we can realize what He has done for us and walk in it, we will be truly free. He is our Jubilee!

Isn’t it interesting that the demons knew Jesus when the people didn’t? How did they know?

The devil and his crew don’t know what will happen – as we will see later in scripture, but they recognize the anointing of God. That’s what they are afraid of: God’s anointing.

When they saw Jesus, they cried out with a loud voice, “What do we have to do with you? Have you come to destroy us? I know who you are, the Holy One of God.” Then later the Word says that Jesus “did not allow the demons to speak, because they knew Him.”(v. 34).

When you are a spirit-filled believer, demons know you also, and they are afraid of you. I am reminded of a time years ago, when we were living in eastern Tennessee, we had  neighbors who were  satan worshipers. One day when we were drinking coffee on our deck, they came over for a visit, thinking they were going to impress us, and maybe scare us. But the tables were turned on them, and as we quoted scripture to them, as well as the name of Jesus, they hurriedly departed.

After that encounter, they were afraid of us. If I ever went out in the yard while the man was in the yard, he would hurry inside. It was really amusing, since he was a tall man – much larger than I was. But he was afraid of me. The demons inside of him were afraid.

When you are a born again, spirit-filled Christian, demons are afraid of you also. You have to know who you are and be willing to stand up in the authority that Jesus has given you, but the devil is no match for a Christian who knows who Jesus has made him.

We’ll say more on this later….