Read The Bible Through, Feb 20 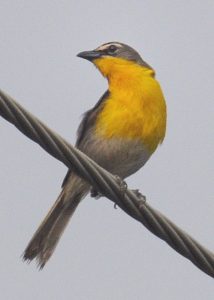 We have come to the end of Leviticus, which is probably the least favorite book in the Bible . It’s so easy to almost skip over the laws and rituals, but as we have seen, if we spend more time, we will begin to catch glimpses of greater truths the Lord is introducing to us.

The 26th chapter is a reiteration of the importance of following God. he lays out blessings of obedience and the curses which come through disobedience. when we get to chapters like this, I don’t pay as much attention to the curses because I am no trying to disobey Him. I love my Father and I want the closest relationship possible. And if you think in those terms, there are many perks which go with our covenant.

Provision, protection, peace, and closeness to God. These are the rewards of the blessed life. God has made a covenant with His people and He will uphold His end, but these people can’t expect the rewards to be there for them if they don’t set themselves apart from the heathen around. The covenant is a two-way agreement, and those who want in on it must honor it for what it is.

It’s such an honor to be in covenant with such a great God.

Jesus drives the Pharisees nuts! They have crystalized the law so that they no longer even consider the underlying meanings. It’s just “do this,” or “do that.”

So when Jesus comes, representing the true Father – the Father who should be recognized by the religious leaders of His day, they miss it. They don’t have a clue that this could be the Messiah.

For one thing, the scribes and Pharisees are expecting a king. They want one who will show off with great pomp that He is the mighty one of Israel. But instead they get a carpenter’s son who is not trying to show off at all. In fact, he tells those who are healed not to tell anyone. He is not trying to draw unnecessary attention.

Then, of all things, this Jesus starts breaking all of the laws. He eats with tax collectors and sinners so that He can minister to them. Shocking!

Furthermore, He doesn’t fast as often as the Pharisees do. His disciples pull off the grain and eat some of it on a sabbath. And He heals on the sabbath. The final straw is when He tells the lame man that his sins are forgiven. What are they going to do with this unruly man?

Jesus had a purpose in all of this. If any of them ever went to their heavenly Father with questions about this man, surely they would hear something different. The leaders of the day could care less about the people and their needs. They wanted everyone to obey the law, rigidly complying, without thinking about a loving great God who was behind the law.

Later, Paul writes that the “letter kills. It is the spirit that gives life.”(II Cor 3:6) You can really see that in this chapter of Mark. A paralytic was healed, but their concern was the method not the miracle. Others were being touched, but again, the letter of the law was held higher than the people.

In verse 27, I think Jesus sums up His attitude. “The sabbath was made for man, not man for the sabbath.” The law is important, because it is for man’s good. But the man is always more important to God than the law. To see a man healed – at any time – is a time for rejoicing.