Read The Bible Through, Feb 21 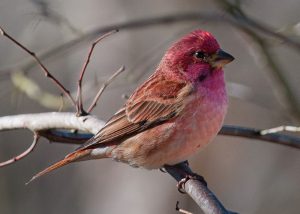 The first census is taken of the men who are able to fight. God is preparing the Israelites for battle.

The leader of each tribe was to step forth and represent his tribe to Moses and Aaron. They were then to account for all of the able-bodied men over 20 years of age, as these were the ones who would go out and take the land God was giving them There was then detail about the order of tribes and which should go first.

Each tribe was to have its own standard, and they were to camp together around that standard.

My husband has been doing some teaching recently on the unity God is seeking for His church. God wants us to honor each other, not focusing on the doctrinal differences, but on what we have in common, namely Jesus.

Mickey often says that, as the tribes had their own banners and their own identity, when it came time to go to war, they were one nation. God is bringing us to the realization that this is a type for the church. We have many doctrinal differences, or banners, we celebrate, but we are one nation. As we go to war, through our prayers, we should be bound together as one nation of believers. God’s Kingdom in love and unity.

As we do this, we will see, not just our churches grow, but our communities changed.

Just as we said yesterday, the Pharisees couldn’t handle the reality of Jesus. He once again marvelled at their hardness of heart, as they “watched Him to see if he would heal on the sabbath.” Once again, a precious man had his withered hand restored back to normal, a cause for great rejoicing. Yet once again, the Pharisees were angry that this was done on the sabbath.

This time it went further. They plotted with the Herodians so that they might destroy Jesus.

We have to realize that there was more to it than just men so enamored of the law. They were jealous. This man was getting so much attention. In fact, they were used to the attention when they came on the scene, but no longer. This unruly one was pulling away their preeminence, and He needed to be dealt with.

Even today, leaders have to be very careful that they don’t become jealous when new, younger ministers come on the scene. God has room for many ministers in His quiver. As ministers, we have to make room for each other.