Read The Bible Through, Feb 27 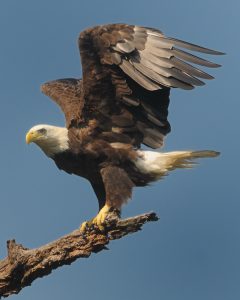 God can be tough when He needs to be! Some people think of God as just an “if it feels good, do it” type of God, but they haven’t met the One True God. He is totally love, but that love can be tough from time to time.

Let’s back up a minute and think what would have happened if God had not  – sometimes sternly – kept the nation of Israel on track. We know that His ultimate goal was to bring His redemption to all mankind by bringing His own Son for a sacrifice. But if He had just beamed His Son down to earth with no introduction, people wouldn’t have recognized Him or received Him. God had to spend the time necessary to prepare a nation to understand and recognize His Son when He arrived. These people were to be the caretakers of the eventual Messiah.

Boy, did that take some doing! All of the elements of human nature, with all of its selfishness, kept rising up.

When Korah and his crew rose up in rebellion, this was more than just a few men displeased with Moses. They were renowned leaders in the nation, and many people would follow whatever they did. Korah was trying to split the nation and take over leadership.

Does that remind you of something? Remember Lucifer, the most beautiful archangel, who was right next to God in Heaven? And remember how this angel decided that he could rise above God? He took one-third of the angels with him, led them in rebellion against God, and he turned into the horrific Satan. Rebellion is the signature of Satan, and he was obviously at work in the heart of Korah.

God’s plan would be protected at all costs. He was determined to carry out the plan to bring His redemption, and Satan wasn’t going to interfere.

So God had to get tough, and we see the results, but His nation, now cleansed of Satan’s influence, continued on track. Even though this generation had to wander in the wilderness for forty years, God’s plan was still moving forward.

Make no mistake about it, God’s plan is still working today. Underneath all of the rebellion and error we see, He is working, and ultimately we will see His results.

We’ve seen these accounts in Matthew, so I won’t dwell too much on these.

Just a reminder that we should not treat Jesus or His people lightly. Sometimes when someone is called into the ministry, it’s hard for their friends and relatives to see the hand of God on them. They are so familiar with the old person, they don’t recognize the new.

That’s why Jesus said, “A prophet is not without honor except in his own country, among his own relatives, and in his own house.”

Jesus could do no mighty work in his hometown because of that.

I pray that God will open all of our eyes to see what He is doing in the lives of others. I pray that we will be sensitive to recognize and receive the reality of the change that comes to people through the anointing in their lives.

God may have a blessing for you today through another individual – at work or at home. Pray that your eyes will be opened to receive from someone you know very well.