Read The Bible Through, March 7 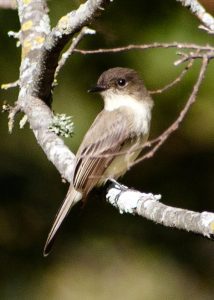 Forty years have passed since the children of Israel began wandering in the wilderness, so this next generation needs to be reminded about their God and their mission.

It’s easy to see that our God remembers. He remembers Joshua and Caleb, because they were the ones who followed Him “fully.”(1:6) He also remembers the ones who did not follow Him. He reminds these younger ones that their parents grumbled and complained. They didn’t believe that God would take them into the Promised Land, seeing the giants as bigger than God. They had no faith.

Our God also keeps His word. He is a covenant-keeping God. As the Israelites are traveling through certain territories, they are told to be respectful and take nothing. They are to purchase food and drink from them, but take nothing without paying. Edom He had given to Esau; Moab and Ammon to the sons of Lot. Not even a “footstep ” (2:5) would He take back.

If we could just get this through our heads, we would soar with our Father. Just as He was faithful to His Word in those days, He is faithful today. He still remembers His word and He keeps it. If He has made a promise to us, He will not back away from it.

But just as we have been saying, those promises are obtained by faith. We can have the promises and go to our graves with them being unfulfilled – if we don’t believe them.

So as we read the Bible, let’s look for what He has promised us. Write those things down and meditate on them often. Ask God to reveal them to you so that your faith will grow.

May we obtain all that He has for us – through faith and patience.

Jesus seems to keep moving the goal post, doesn’t He? The disciples have learned that children are to stay in their place, just obeying their parents. That’s why they are rebuked when they try to approach Jesus. But the Master wants them to come.

In fact, He says that we all must be like children. Only pure, honest hearts can inherit the Kingdom of God. Only hearts that are not prideful and full of their own accomplishments.

This is a good place for the rich, young ruler to enter the scene. Trusting in his own riches and position, he assumes that the Kingdom will be much better if he is in it. No humility like a child.

We talked about this more in Matthew 19, however verse 21 brings another point. “And looking at him, Jesus felt a love for him, and said to him, “One thing you lack…” It was the love of Jesus which brought the correction.

When you are in a relationship with Jesus, truly walking with Him, there will be times when He will bring you correction. Each person has his own stumbling blocks. You do and I do. What may be perfectly fine for one person will be wrong for another.

For example, when the rich, swindling Zaccheus came to Jesus, he volunteered to make retribution for his thieving past. Jesus didn’t tell him that he had to give it all up. Why? His riches weren’t his stumbling block.

Over the years the Lord has called me to give up certain things which others might think odd. For a season, He had me give up reading books other than Christian ones. Why? It was intellectualism which carried me away from Jesus during my early adulthood. So for a time, He wanted me to have that temptation completely out of my life.

The correction He brings you will be personal. His love for you devises a path which will bring you to more of Him and less of yourself and the world. Your stumbling blocks are personal. So will your directives be.

Just remember, it’s the love of God which corrects you. You are His child and His will for you is only for your good. So be obedient. His plan is always better than you think!