Read The Bible Through, March1 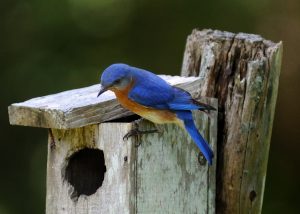 Are you ready for an avalanche?

I was out of town for a few days. My website had some problems, and my blogs didn’t go out as should. I will be releasing them today about an hour apart. Hope this doesn’t overload you.

When will they ever stop griping and complaining? I’m sure that’s what Moses thinks. God has led the Israelites out of slavery, fed them, provided everything for survival, and proven Himself by many signs and wonders. Now what? They are thirsty, and want to go back to Egypt again.

God and Moses both get very angry with the people. So God says “speak to the rock.” Out of his anger, Moses strikes the rock again. (He had done that before in Exodus 17). The water comes forth, but Moses is now in trouble with God. He didn’t follow orders.

You might say, “why is this so significant?” Yet if you will look closely and think about it, you will see that this is extremely significant.

I Corinthians 10:4 says they “all drank the same spiritual drink, for they were drinking from a spiritual rock which followed them; and the rock was Christ.” So the rock which gave the water was a type for Christ. Now it’s becoming clear.

Jesus would be stricken only once. He would eventually go to the cross one time for all time and for all mankind who would receive Him. So the first time, God told Moses that he should strike the rock.

Then after that first time, the rock was not to be stricken again; God was trying to show them –  and us, a spiritual truth. After the cross, which brought powerful provision of grace, healing, deliverance, and provision, the rules change. Now we are to speak to the rock. In other words, we are to speak the scriptures which have promised us so much. Jesus will never go back to the cross again. His work of redemption has finished.

Let’s sharpen that image even a little more. We said earlier that when the Israelites crossed the Red Sea, it was a type for us today being born again by the blood of Jesus. We come out of Egypt; out of the dominion of Satan. The next part of our life is in the wilderness, but God’s plan is for us to have a quick trip through, and on to the Promised Land.

So what is our Promised Land? It’s all of the promises that have been given to us by God in His Word. Sure, He paid the price for us to some day go to Heaven, but while we are still here, He paid the price for so much more than that. But these promises will never come to us by whining, complaining, and begging. These promises come to us by faith in what God has said, and by believing that His Word will come to pass. So we speak these things.

You can never get into the Promised Land any other way. So when Moses struck the rock a second time, he disqualified himself from entering the land. God had to make it certain for the Israelites, and for us, that Jesus would be struck only once and the Promised Land could only be entered through faith in His work on the cross.

Think about it. Is there something you need that seems not to be provided? Are you whining and begging for it? I hope not, but if you are, then it’s time to change that. God has “granted to us His precious and magnificent promises.”(II Peter 1:4) These promises are terrific, but they don’t fall on us like the manna did in the wilderness.

You and I have to go after them with our faith.

Mark 7:6-7 quotes Isaiah the prophet. It says “In vain do they worship Me, teaching as doctrines the precepts of men.”

Since I have “been in the Word,” it has astounded me sometimes when I would see how far off from God’s intentions the church has drifted.I know that I don’t have all of the revelation either; we are all learning. It’s clear that we all “see in part and prophesy in part.” None of us has the complete picture.

So we are to keep learning, keep moving forward with God and allowing him to bring clarity to our precepts.

I think that when we get to Heaven, we will find that in every denomination or group there was a respected leader – maybe one who lived in another century, who got lots of the doctrine right, but who got a few things totally wrong. Yet since he was so respected, the people followed even the wrong precepts.

It seems that  the best way to avoid that altogether is to listen to others, of course, but to also check for ourselves. If the Bible speaks something else to us,we must go with what we are hearing from God. If we are right, there will be confirmation from other spiritual believers.

Traditions of men can change the Word of God to suit the times. Sadly, such traditions often try to deny the power for today, and subscribers to these traditions miss out on God’s best.

I want to be a continuous learner – all the days of my life!