Read the Bible Through: Meet Abraham 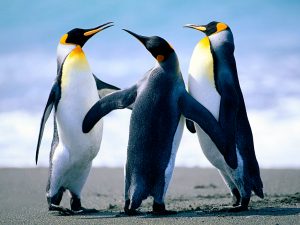 Today we move into some rich territory. So let’s get started.

Begat, begat, begat. That seems to be the mantra when we take first glance. We must remind ourselves that God is a covenant-keeping God. In the 3rd chapter of Luke, the lineage of Jesus goes all the way back to these times, and you can see who His ancestors were. (When you are praying for your children, this attitude of God should be very comforting. He will pursue your children because of His covenant with you)!

In chapter 11, we see the story of the tower of Babel. These humanists said, “We can build a tower to the sky.” (You see that same spirit today; in fact it’s always been around.)

We need to take note of what God said, “Indeed the people are one and they all have one language, and this is what they begin to do; now nothing that they propose to do will be withheld from them.”

He confused their language so that they couldn’t agree on their project. But the concept is true for righteous causes too.

He wants those who are His to agree with each other so that His plans can be accomplished. “And nothing shall be withheld from us.”

Chapter 12 introduces Abram and Sarai. We could write volumes about the father and mother of our faith.

Let’s be sure to think for a moment about the fact that God spoke to this man to leave his family and his country. In those days, travel was very difficult and time consuming. When they left their land, Abraham knew that he would not return there. This was for good. All that was familiar to them would be gone forever.

Even though he was 75 years old, Abram obeyed God and did exactly as he was told. Then God showed him the land of Canaan and said that this land would be given to his descendants. So Abram was doing all of this for his heirs, not even himself.

Would you be that willing and obedient if God spoke to you to do something hard? Think about it.

This is the first chapter of what is called the Sermon On The Mount. Jesus sits on the side of a mountain, with many people around, and begins to introduce some very new concepts.

It may seem like bits and pieces of information, but there is a theme throughout. Jesus is introducing the multitudes to the Kingdom of God.

There is another Kingdom (I like to think of it as a “parallel universe”). We can choose to live in either one. If you are satisfied with the status quo, you are less likely to want to enter this new kingdom. So those who are poor in spirit, or mourn, or hunger and thirst for righteousness are the ones who will probably make the journey in the spirit.

The people must have been somewhat confused, because their lives had always been directed by the Law of Moses. But they were hanging on every word. They had never heard anyone speak with such authority. This Man seemed to really know what He was talking about.

So interest was aroused in what would eventually lead to the Holy Spirit coming to live within us.

Blessings for a great day!