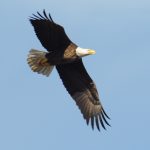 Are You A Friend Of God?

There are many people who say that they believe in God. They try to live clean, righteous lives. But are they God’s friend? Not all of them. What about you? Are you His friend?

So why would someone who said they believed in God and lived a good life not be God’s friend? Well, let’s look at two men who lived long ago – probably within the same century.

One of these men ended up becoming the patriarch of the Jews, he was in the lineage of Jesus, and is often called the “Father of Faith.” He had such a close walk with God, that Jehoshaphat referred to him as “God’s friend.”(II Chron 20:7)

The other is known for his patience (James 5:11), but that’s about it. He wasn’t in the lineage of Jesus, he wasn’t ever referred to as God’s friend – and his descendants were never mentioned as followers of God.

I’m sure you know these two men I’m talking about: Abraham and Job.

So what’s the difference? There are several.

Abraham was humble in his relationship with God. As you read his story in Genesis 12-25, you never see anything but a humble man. Because of that humility, Abraham always looked to God’s grace – and not his own goodness. Thus he had great faith. On the other hand, Job was very proud. In the start of Job’s story he was a blessed man, but he depended on his own goodness to keep his blessings. Instead of humbly trusting in God, he was always performing sacrifices to God just in case his children had done something wrong.

The bottom line was that God cut a covenant with Abraham. This was a freewill thing. Abraham was willing to leave his family and friends and go into a land he knew nothing about – just because God told him to do it. In fact, when he got to the new land, there was a famine there, and Abraham had to go to Egypt for awhile. But he stayed faithful.

Then when God promised him a son, Abraham believed God, even though he was well advanced in years. Many years transpired before the fulfillment of this promise, and Abraham made many mistakes during that time. But his faith was not in his own goodness; it was in God’s goodness. Genesis 15:6 says that “Abraham believed God, and He accounted it to him for righteousness.”

One of the keys to being in covenant with God is that we believe in God’s greatness, and not in our own. We realize that however good we get, God is still better. However smart we think we are, God is smarter. Trust in Him grows out of that attitude.

And out of that humility, faith, and trust, grows obedience. When we see in God’s word direction which may seem strange, we are willing to follow it anyway. We know Him, we trust Him, and we obey Him. For instance, when the Word says to “forgive,” even though we have been treated injustly, we humbly obey. (Pride will try to justify our unforgivenenss).

God is looking for a people who will have this kind of “friendship” with Him. People who will be humble enough to want to know Him better and want to be in covenant with Him.

Are you one of those people? Think about it. Only you can answer that question.

PS In case you are wondering why I show so many eagles in my posts. First, I believe that they are wonderful symbols of the Christian walk which causes us to soar with God. Secondly, my husband is a photographer and his specialty is eagles.