Why Is The Bible So Important? 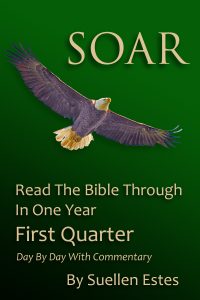 On a cold winter night in 1981, I had a life changing experience with the Lord. I remember the year, because our country was going through a crisis at the time. A revolution in Iran had occurred, overthrowing the Shah, and putting the radical Islamic rulers (the same ones who threaten the world today) into power, and in the process, seizing the American Embassy. By the time of my encounter, all of the workers had been held hostage for more than a year, and there seemed to be no solution to getting them released.

That night, as I drifted off to sleep, a voice woke me suddenly. I knew that God was speaking to me, but the message seemed strange. “What if you could send a coded message to the hostages in Iran which would contain a perfect plan of escape?” I sat up in bed, pondering this unusual message. Of course, I thought that was a good idea, but the question seemed so strange. I knew it was God speaking, but I didn’t understand why he was saying that.

Then He clarified the statement. “That’s what I have done with My Word.” Suddenly what he was saying became crystal clear.

People all around the world are being held hostage by their circumstances. They may be victims of abuse, neglect, or poverty. They may have hurts, fears, and frustrations which run very deep. Anger, resentment, and bitterness may seem to rule their lives.

Yet they don’t have to stay that way, because we have been given a plan of escape. God’s Word is that plan of escape. It will point us in the direction of release from all of the negative influences which try to hold us, and it will give us the power to overcome those influences.

Some see the Bible as merely a history book; others see it as a rule book. Yet the Bible is so much more than either of those things. If we will begin to read it and ask Him to show us His plans and purposes, we will begin to see a God of unconditional love who is reaching out to us. We will begin to understand His power toward us and we will want to latch onto it.

Here’s the thing. We have to read it for it to make a difference, and we have to meditate on what we have read. It is a coded message which only God’s Holy Spirit can reveal in its entirety. As we read, pray, and listen, our eyes are opened to see realities we have never seen before.

Joshua 1:8 says it well.  This book of the law shall not depart from your mouth, but you shall meditate on it day and night, so that you may be careful to do all that is written in it; for then you will make your way prosperous, and then you will have success.

There’s wisdom in God’s word and there is power. When you allow yourself to feed upon His word, something happens on the inside of you. You find your faith and confidence increasing. You also see your world view changing – coming closer to the way God sees things.

The best part is that you receive the liberating message which sets you free from the negative elements of the world around you. You are no longer a hostage to these evil forces, but you are set free – into the liberty of God’s plan.

P.S. Check out my daily Bible readings available on Amazon. As you allow the context of God’s Word to come into focus, your life will be changed. http://www.amazon.com/Soar-Bible-Through-First-Quarter/dp/150521503X/ref=sr_1_3?s=books&ie=UTF8&qid=1426682950&sr=1-3&keywords=suellen+estes