Some Words You Can Count On 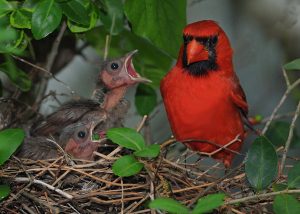 In January 1981 I had a life-changing experience. It had been two years since I had committed my life to the Lord and I had spent a lot of time praying and reading the Bible. After an evening of reading, I had barely drifted off to sleep when the Holy Spirit jolted me back to consciousness. At the time, Iranian rebels had overthrown the American Embassy there and were holding many Americans hostage. For more than a year these people had been held captive and our government seemed unable to secure their release.

That winter night the Holy Spirit spoke with almost an audible voice: “What if you could send a coded message to the hostages in Iran-a message containing a perfect plan of escape? The plan would be understood by the captives, but the guards wouldn’t be able to decipher the code.”Of course, I thought that that would be great, but I was curious about such an idea. Then the bombshell: “That is what I have done with my Word. The whole world is held captive by the power of the evil one. They are in captivity to sickness, poverty, drugs, alcohol, perversion, lust, greed, jealousy, and much more. My Word is the coded message sent to procure their release. Only my people can fully understand my Word, because it takes the Holy Spirit to reveal what it means.”

By this time, I was sitting up in bed listening and thinking intently. I had never thought of the Bible in that light. I had studied it for years, having read many commentaries and analyses, but never had I thought of it as a message for deliverance. Then came another jolt. “What if you sent the coded message to the hostages in Iran, and they didn’t recognize it for what it was? What if they tossed it aside and didn’t bother to read it?” I knew what was coming next. “That’s what people have done with My Word.”

Now wide awake, I went into the den and sat for a long time holding my Bible in my hands. In my earlier days I had treated the Bible as if it were just literature or history – critiquing it and even explaining away many of the truths. No longer would I do that. I realized that the Bible is one of God’s great miracles: His miraculous communication with His creation. As I read it, I began to see more than ever before. Underlying the words on the page, I heard my Heavenly Father’s voice speaking to me personally. I began to see God’s general plan for man, and I began to see more closely His plan for me. A whole new world had been opened up to me.

God is sovereign. He is the Creator of the universe and of us. He is the all-knowing, all-powerful One. In His sovereignty, He set up what I call the “rules of the universe.” Since God is also stable and unchanging, he has sent the message of his Word to us so that we would have insight into these rules and how His creation works. These rules about loving, giving, trusting, and believing are unchanging and when we tap into them, we see an entirely different life path set before us. We see our loving God at work on our behalf and we encounter miracles in our own lives.

Today is a good day to spend time in prayer with your Bible at your side. Ask God to open up His Word to you as never before. His plan of prayer is some of the truth revealed to us as we seek Him for it. Ask Him to speak to you personally as you read the Word. You are now on the brink of miraculous things!

Read Psalm 119. You will find many significant scriptures about God’s Word. Meditate on them as you go about the next few days.