The Blessing Behind the Red Door 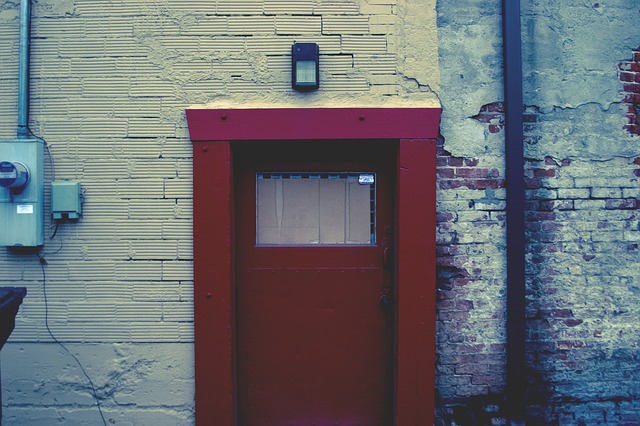 I heard a remarkable story recently, and I would like to share it with you. This red door may seem ordinary at first glance, but it represents the event I’m about to share – and it represents even more. It represents God’s guidance and His blessing. Read on, and you will see.

My husband and I have some friends who have walked closely with the Holy Spirit for many years, and their lives exemplify that in many ways. They are kind, generous, full of the Word and faith. And they are extraordinarily prosperous.

From their platform of giving, God has prospered them abundantly – just as the Word says He would. Having started with the opening of one single business many years ago, they now have a chain of properties scattered throughout several southern states – facilities which bring in quite a substantial harvest.

As we were sipping a cup of coffee and chatting recently, they began sharing how God’s hand had guided them throughout their business building process. They have many stories of remarkable guidance, and that day they shared one special one.

Roughly 30 years ago, when our friend – let’s call him Bill – was in the early stages of building his business, things were going well. His business was growing and prospering, and he had seen God’s guidance as he expanded to several locations.

An acquaintance approached Bill, wanting him to take a look at an out-of-state property which seemed to be a good prospect for advancement. However, the timing seemed to be off since Bill had maxed out on bank loans, and he had no more capital to invest. Yet, knowing that this was a terrific opportunity, he decided to take a look at the offer anyway.

This new location did indeed seem promising, but having maxed out with his financing back home, Bill decided to approach a banker located closer to the project.  So he approached the bank, with recommendations in hand.

Uh-oh. Wednesday. And lots of small town southern businesses closed on Wednesdays. The bank was closed.

Bill would have to make the several-hour trip  back home, and wait until a later date to approach the banker. Hopefully the opportunity wouldn’t slip away before he could return.

Just as he was leaving, however, he heard a still small voice say, “Turn and go down that alley.” As he looked to the left, he saw the alley which he hadn’t noticed before, running beside the building. So he walked along until he came to the end of the passage way, and there stood a red door.

Bill had an unction to knock on that door, though he had no idea of what would be behind it. So he knocked, and who should appear in the doorway but the president of the bank?  A cordial and inviting man who was happy to have this new customer, the banker closed the deal right away.

With this small, seemingly insignificant direction, a new chapter was opened in Bill’s business. The cordial greeting of this new banker began the process of many years of business between these two men. Not only did Bill obtain the financing for the project at hand, but he also found the opportunity to spread locations throughout this new region. It was the beginning of great prosperity coming from this first transaction.

The still small voice which had led him to the insignificant looking red door, opened opportunities which Bill had not foreseen. God’s hand was upon his life, and he was being guided into prosperity beyond his imagination.

As I sat listening to this story, I thought about my own walk with God. Of course, there had been lots of direction over the years, but I couldn’t help but wonder about missed opportunities. If Bill hadn’t been tuned in to hear God’s gentle nudging, and if he hadn’t been obedient when he heard direction, this major chapter in his life would have been different.

I decided that I want to have a picture of a red door in my office to remind me. God is good, and He is always guiding us – if we will listen and obey. Isaiah 1:19 says If you be willing and obedient, you will eat the fat of the land.

More willingness. More obedience. That’s what I am after.