Regaining the Hope and Faith of a Child 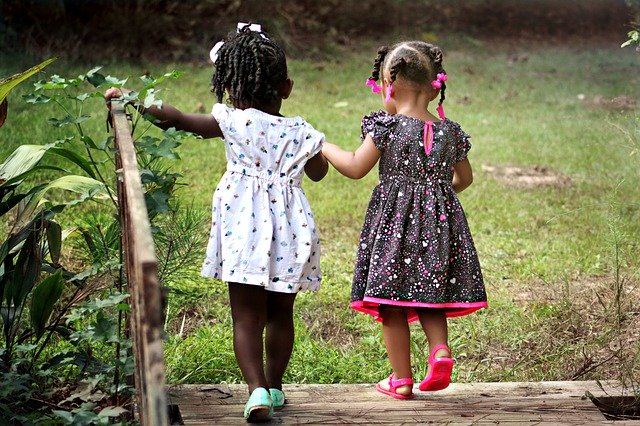 My grandson, Charlie, is in Middle School now, and a very bright guy.

Recently I thought of an episode which happened several years ago. He was about three, sitting on my lap, when with wide eyes, he began to tell me his story.

Spider Man, Batman, Pink Venom, Black Venom, and Green Goblin were having a “spend-the-night party.” He animatedly continued to create this adventure, which eventually led to a gi-normous (that’s bigger than gigantic or enormous alone) box falling on their heads and they had to fight it off.

All of us listening to Charlie’s imagination on steroids, couldn’t help but chuckle. What a creative mind! You could see the wheels turning as he churned out his tale.

Later, in a quieter moment, I began to think how we adults lose that creativity. What happens to us? Why are we always so methodical and logical about any visions or goals we might have?

Why do we always settle for the “norm?”

If everyone “settled for the norm,” we would have none of the cutting edge technology, space travel, or medical wonders of our generation. So some are not settling, but how about you? How about me?

The Bible says that faith is the substance of things “hoped for, and the evidence of things not seen.”(Hebrews 11:1)

In another blog, I talked about the woman who came to Jesus, pushing through the crowd to receive healing from a hemorrhage. She had been living with the condition for 12 years, and had spent all of her money on doctors, but had not received her healing. Yet she clearly had a vision of herself being healed by Jesus, because she said that she knew if she touched Him she would be made well.

That was creative hope, which didn’t settle for what all of the natural evidence suggested.

Can you imagine what her family might have said to her that day? They probably would have told her that she had been to the best doctors, now just accept this condition and do the best you can with it. They might even have told her that God wanted her to be sick. But she knew better than all of them. She knew that Jesus could accomplish what natural man never could. And she was right!

That creative hope is from God.

He created us in His image, and He always has a special plan in mind about the progression of things. He has special plans for you, but if you are always too busy to spend time with Him, you will never know these plans. You will never develop the Godly hope He wants for us.

Let me encourage you today to spend time with God and His Word. Pray and expect Him to answer.

Ask Him to show you some plans He wants for you. As you continue in this direction, you will begin to see desires drop into your heart…Godly desires. Desires that your faith can then catapult into reality.

In the meantime, enjoy the journey. It’s truly an adventure when we are walking with God!